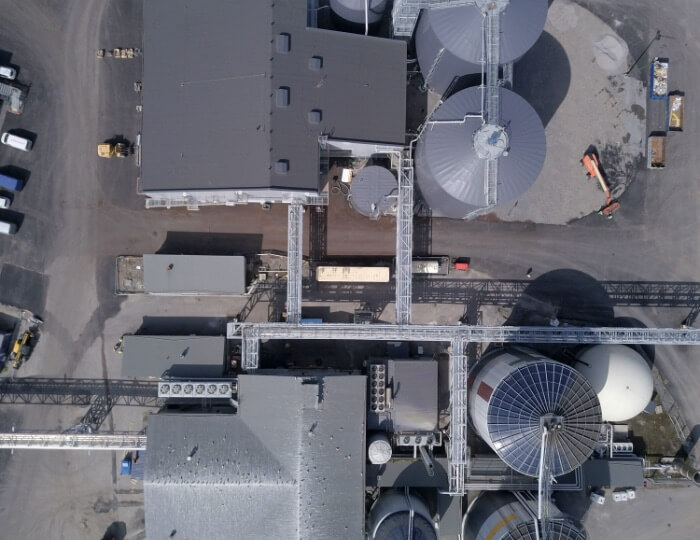 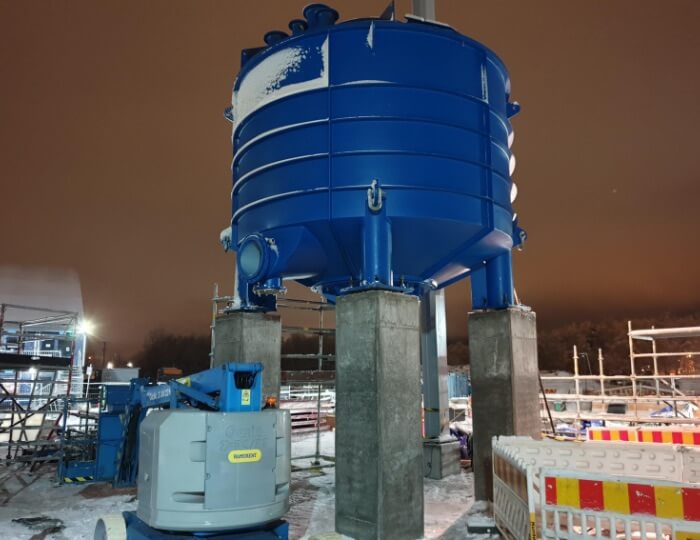 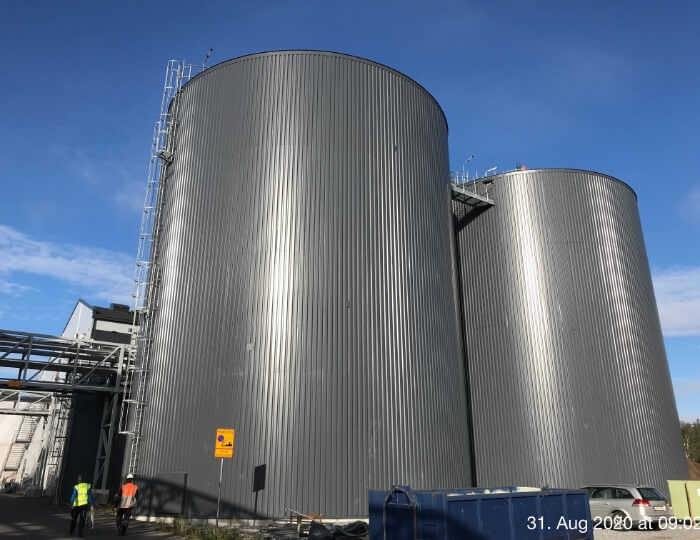 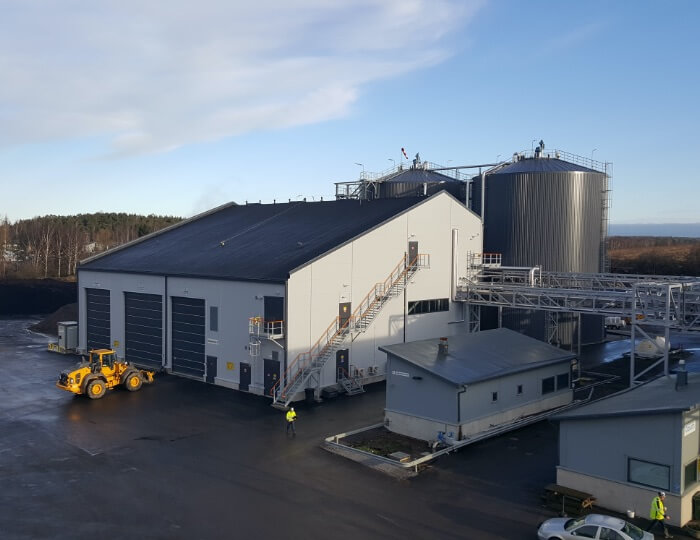 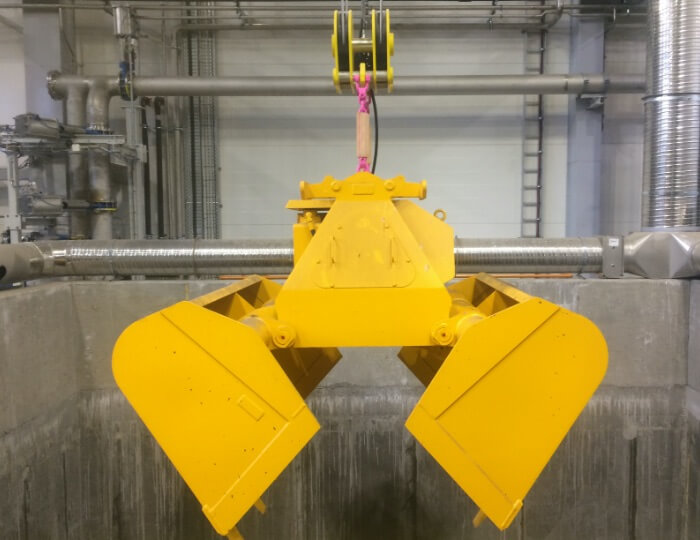 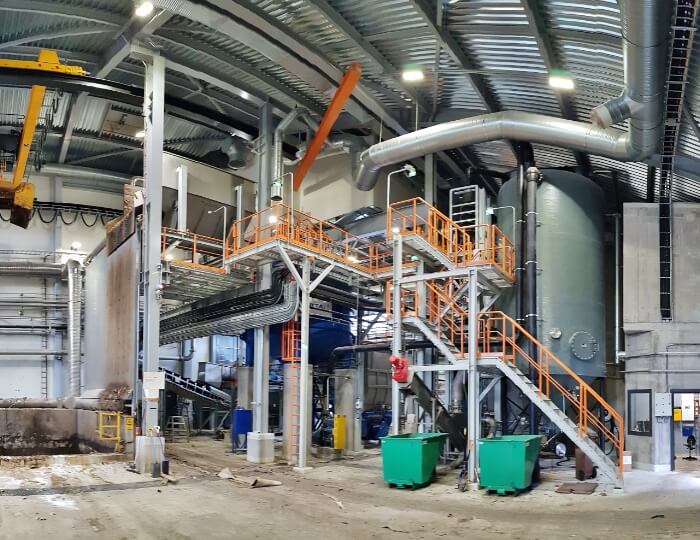 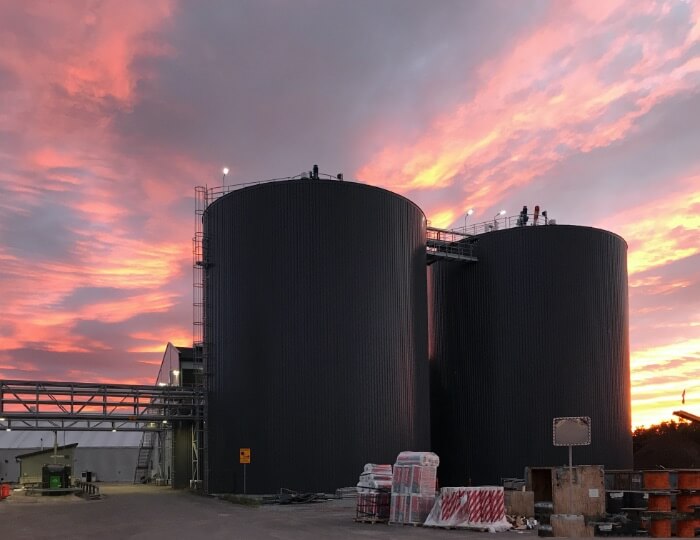 BTA International was contracted by Gasum Oy for the turnkey expansion of the Topinoja biogas plant, which previously treated up to 75,000 t/year of dewatered sewage sludge, to process an additional 35,000 t/year of sewage sludge and/or biowaste (SSO) or commercial waste (in variable amounts from 0% to 100%).

The expansion includes separate reception lines for the sewage sludge and bio-waste. After mixing the sewage sludge with the process water (mainly leachate), the sludge is pumped directly into the anaerobic digestion step, while the other waste streams are pre-treated in the BTA® Hydromechanical Treatment before the purified organic suspension is also pumped on. The anaerobic digestion step of the new plant consists of two 4.000 m³ digesters.

Finally, the extension also includes a hygienisation step (70°C, 1 hour) for the digestate from both the old and the new plant.

Particular attention is paid to minimising the plant's heat demand through heat recovery from the hygienisation step, as well as extensive insulation of the tanks, as the biogas produced is upgraded and liquefied to LBG .