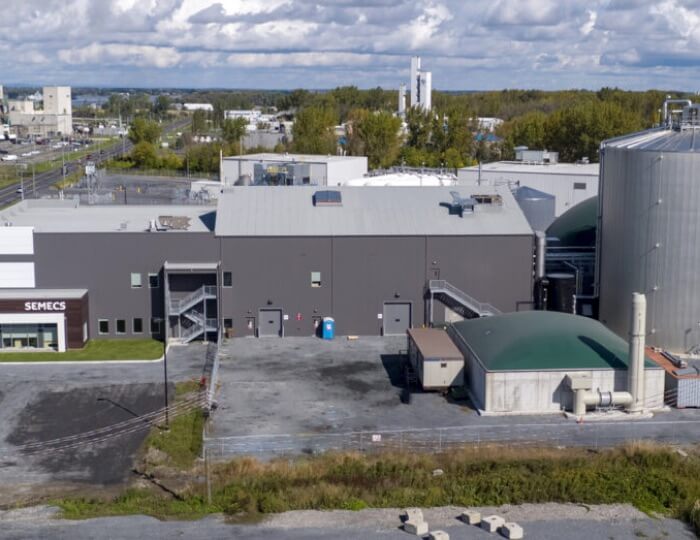 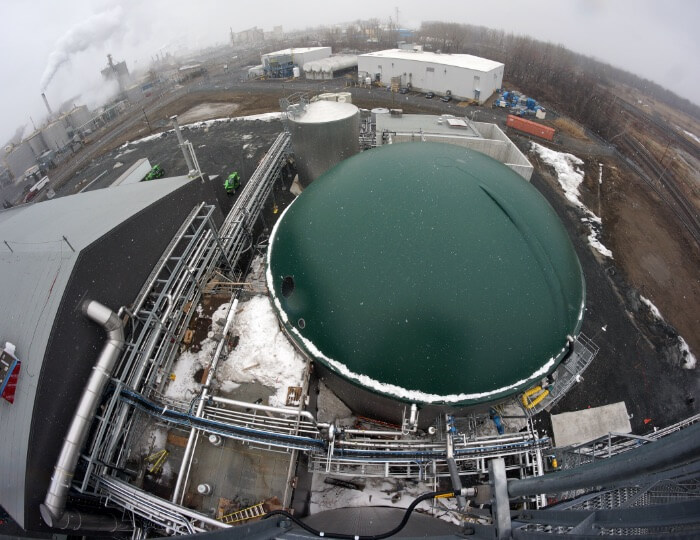 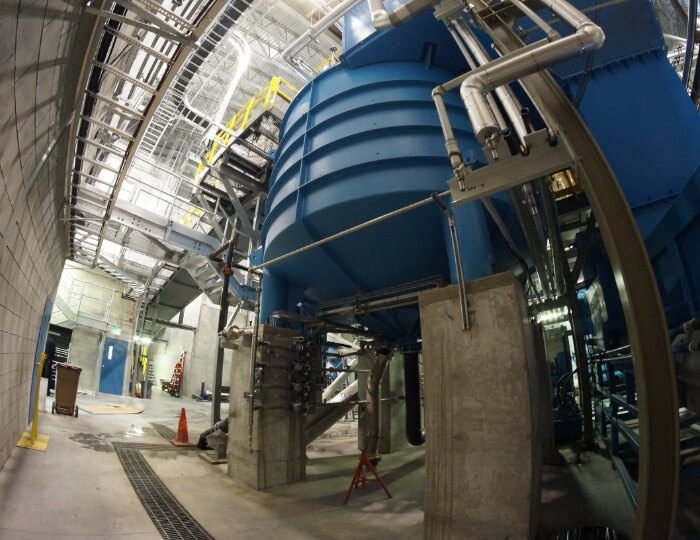 The biowaste digestion plant uses the BTA® process as its technological platform. The plant treats 51,000 tonnes per year of source separated organics (SSO), grass clippings, septic tank contents and organic commercial waste. In the BTA® hydromechanical treatment, the digestible organic waste is brought into suspension and the impurities are separated as heavy, light and grit fractions. In the second step of the BTA® process, the clean and homogeneous suspension is fed to the digestion step (wet digestion). The entire plant is controlled by the BTA® process control system.

The biogas produced is used to self-supply the heat and electricity needs of the plant and to partially cover the energy needs of the ethanol plant next to which the digestion plant is located. A hygienisation step sanitizes the material prior to the digestion. The plant produces a high-quality soil conditioner for the agricultural land on which the maize for the ethanol plant grows, so that the circle can be further closed.

Initially, BTA and CCI jointly delivered a service package that, in addition to process engineering, also accompanied the construction and installation phase and covered support for the plant's operations during the first two years. Thus, installation supervision, planning and monitoring of commissioning also became parts of this solution delivery process. Under a separate contract, BTA also took responsibility for the delivery of key components and for the implementation of the control system.

The plant in the city of Varennes is part of the province of Quebec's ambitious plans for the biological treatment of a wide range of organic waste of municipal and commercial origin.